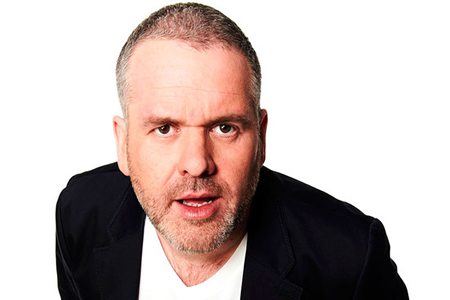 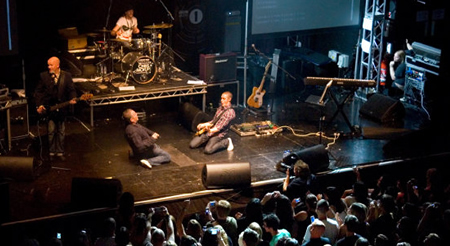 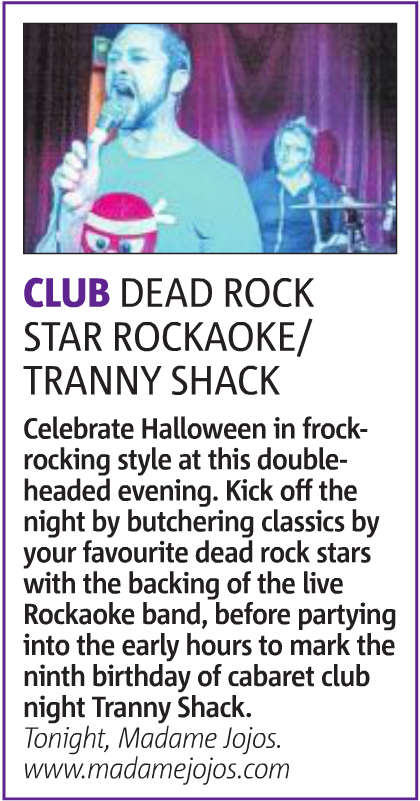 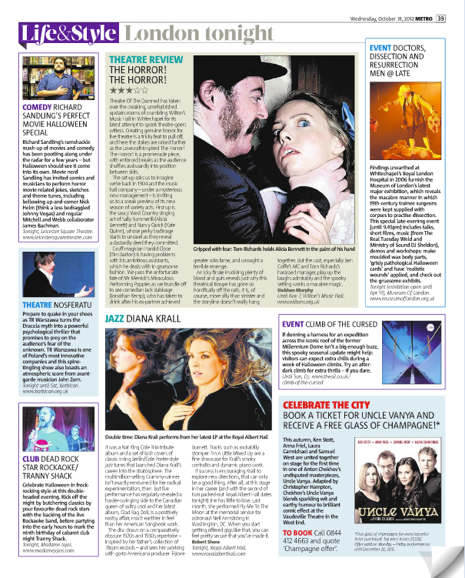 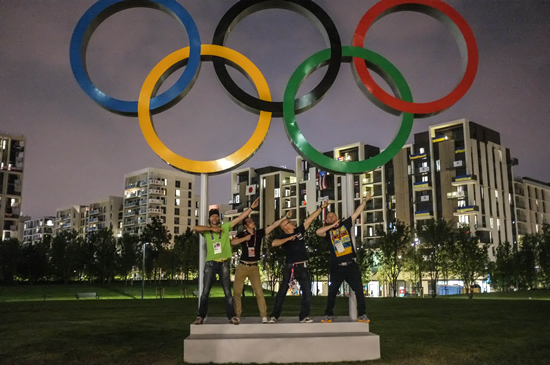 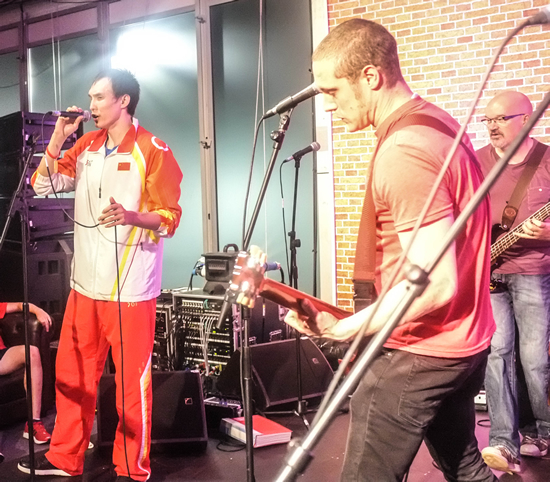 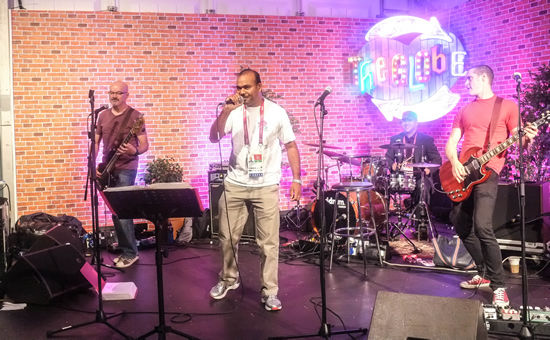 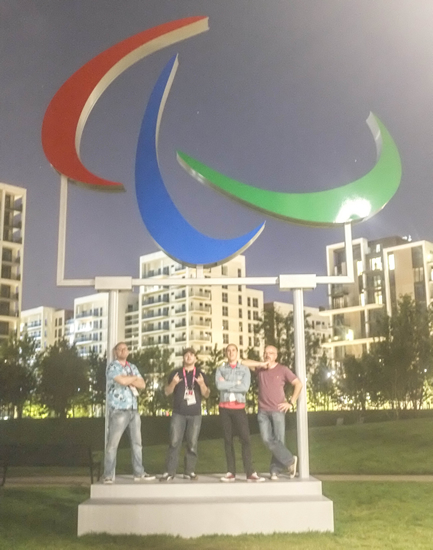 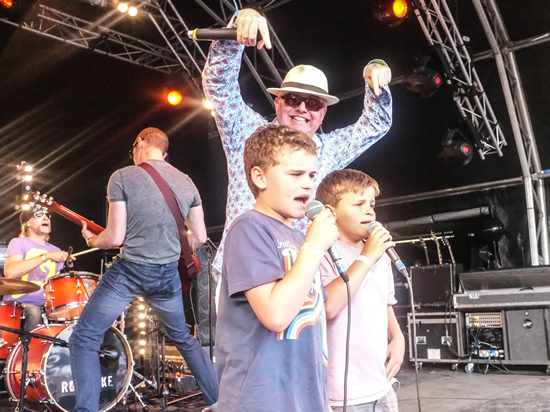 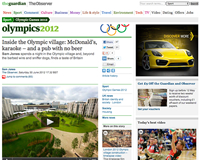 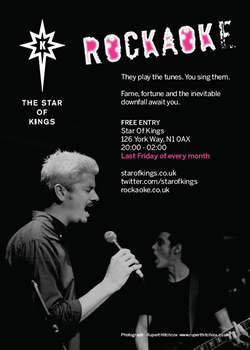 LAST FRIDAY of every month @ STAR OF KINGS, KINGS CROSS

Strap on your air guitar, select your favourite anthem….Rockaoke is here on the last Fri of every Month. Fresh from a string of amazing performances with us, The Star welcomes back Rockaoke for their monthly residency.

You know the score. They play the tunes. You sing them. Fame, fortune and the inevitable downfall await you…

Rockin’ around the Christmas Tree @ F1’s biggest xmas party of 2011!

Christmas is always the busiest and best time of year for ROCKAOKE web link. The “rock band karaoke” concept was made for Christmas parties. 2011 was our best Christmas yet! And the sheer mindblowing awesomeness of a Rockaoke Christmas party has never been better encapsulated than at the Mercedes Brawn F1 Team Christmas Party of 2011…!!!

First, the guys were joined onstage by legendary F1 driver Nico Rosberg – they even learned his favourite U2 song on the night to help Nico fulfil his ambition of singing “Where The Streets Have No Name” with a live band. Next, Nico was joined by the brains and the brawn behind the team, Norbert Haug and Ross Brawn, and Norbert led from the front with a scintillating rendition of “Mustang Sally”.

But to top it all, and to put the tin hat on a stonking year for ROCKAOKE, the guys were joined for a grand finale of “Bohemian Rhapsody” by the great man himself – Michael Schumacher…!

What a night – check out the videos right here…

ROCKAOKE back @ The Empire, Belfast 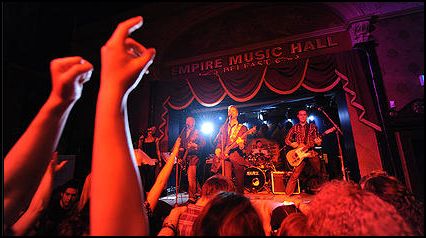 Excited about the MTV EMA awards hitting our Nation’s capital? Worried you might not get a ticket? Reckon you could do a better job than Gaga or the Chili Peppers anyway?

Strap on your air guitar, select your favourite anthem…..THE One and Only Rockaoke are coming back to Belfast!

A professional rock band consisting of session musicians who have played alongside the likes of Jarvis Cocker and Def Leppard, Rockaoke has revolutionalized the world of karaoke! Choosing to work without a lead vocalist they instead invite members of the audience on stage to perform a set of classic rock covers with a sprinkling of disco and cheese thrown in for good measure.

Rockaoke first hit the road in 2003 and have since performed with a staggering 30,000 + individual lead singers. They made national headlines in 2006 when Kaiser Chief, Ricky Wilson jumped on stage with them to sing his very own “I Predict a Riot.” The band are well known on the international music festival circuit having played everywhere from Bestival to V, Latitude to Leeds. They have also toured the UK as house band for the BBC Radio 1 Chris Moyles Breakfast Show (featuring an array of celebrity guest vocalists including Justin Lee Collins, James Corden, Alexandra Burke and Patrick Kielty)

The 12th November marks Rockaoke’s fourth show at Belfast’s Empire Music Hall, having sold out three times before and performed there with some of their favourite singers of all time. Describing the Empire as one of their top places to play Rockaoke can’t wait to return to our shores to take to the stage with old friends and new.

Referred to as “Karaoke’s much cooler, older brother,” the second best thing to do in London by THE TIMES and “the best night out in Belfast in ages” by GO Belfast magazine, with Rockaoke satisfaction is ALWAYS guaranteed. With a firm fan base in Belfast this gig is sure to be another memorable and supersonic occasion. So…whether you are looking for your five glorious minutes of fame or just want to lend your support to those brave enough to take to the stage, make sure you join us for the return of Rockaoke,

Tickets are priced £10 are can be purchased here:
http://www.thebelfastempir e.com/musicHall/rockeoke.html

(Alternatively you can purchase over the bar in the Empire at any time to avoid the £1.50 per ticket online handling fee)