“That’s the best thing I have ever seen” – Chris Evans

…Chris Evans’ shout-out to the crowd following his debut as a Rockaoke co-host on the main stage at Carfest South – july 2012. The 6,000 strong crowd was Rockaoke’s biggest festival audience to date – until two weeks later when 10,000 people at Carfest North watched in awe as all-comers jumped on stage with the band to belt out their favourite songs.

Big Stage Rockaoke has become very popular at major festivals. 2015’s fun included main stage action at British Summer Time in Hyde Park and Standon Calling. This followed 2 years opening the show at Carfest in 2013 and 2012 and five years in the infamous Dog House at Download. It all started at Jamie Oliver’s Big Feastival in 2011. 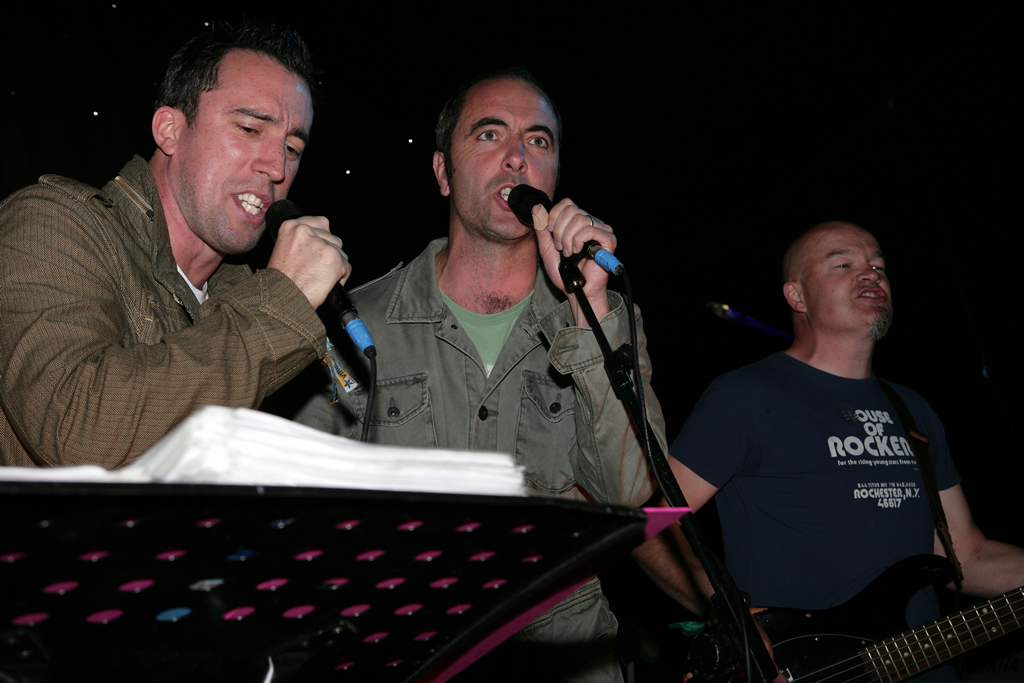 ROCKAOKE’s intro to UK festival life was V 2007 when they performed in the Virgin Radio VIP area and were joined on stage by James Corden, Christian O’Connell and Al Murray ( singing Queen of course!). They were subsequently featured in OK Magazine’s review of the festival!

A monster night at the Camden Crawl 2010 aftershow party led to Rockaoke being given their own day at Camden Crawl 2011. It was this same year they started their legendary residency in the Dog House at Download.

Celebrity fans invited them to to their main stages in 2011 at Jamie Oliver’s Big Feastival and then Chris Evan’s Carfests in 2012 and 2013. The band were also asked to the iconic Isle of Wight Festival in ’13 and ’14 where they not only cracked through Rockaoke sets but also ruffled up the revellers with Musical Chaos – a live band, interactive music quiz.

In 2015, Rockaoke had the pleasure of playing at London’s latest musical extravaganza, British Summer Time festival. They entertained thousands of people on a number of balmy evenings in Hyde Park. After 7 years of playing Standon Calling they finally made it to the main stage, giving regular visitors their taste of stardom with the whole festival looking on. Rockaoke have a great passion for playing the smaller boutique festivals like Standon, Festival No.6, Secret Garden Party and Kendall Calling. Nothing beats the smaller UK festivals for cool, chilled-out, unadulterated fun amongst friends old and new!

“…it was our first festival and everyone from the staff on the entrance gate to Chris Evans were great. My son obviously thought being in a band with you guys was the best thing about the day.” – Jeremy Parr

Whether they drop in as a surprise act, help to develop the theme of the evening or provide every aspect of a party from stage to lights to DJ, ROCKAOKE are such safe hands that they are relied upon as house band at parties thrown by the likes of TOP GEAR. Such is their reputation that even rock royalty like PINK FLOYD’s David Gilmour call on them when they want to party with their loved ones… 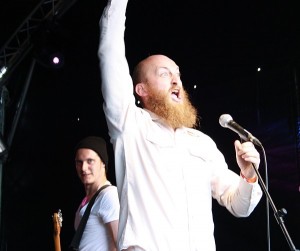 Here is SABOTAGE TIMES review of ROCKAOKE at STANDON CALLING 2014

It’s not always easy to find the centre point of a festival; to take part in that moment when it feels like you and everyone around you are deep in the bowels of Everything. After two visits to Standon Calling four years apart, I am convinced that not only are Rockaoke the very clattering heart of this particular event, but they might just be the most entertaining festival act on the planet… (read more…) 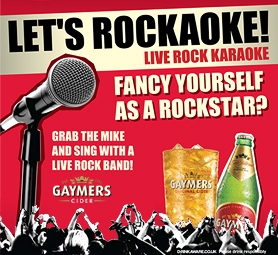 Several major brands have engaged ROCKAOKE to provide exciting, edgy, interactive, fun and above all memorable entertainment as part of their experiential marketing campaigns at major UK festivals.

Between 2008-2010, Rockoake were the focal point of Gaymer Cider’s festival activation across major music festivals including Rockness, Wireless, Hard Rock Calling, Leeds, Latitude, The Big Chill and Bestival. Three daily sets would draw crowds of hundreds who would sing, drink and dance away the day within the brand experience.

In the year 2010, Rockaoke were given the opportunity to headline their own festival! Tribute was held at the Empire Music Hall in Belfast and featured a special guest appearance from Chesney Hawkes.

some our favourite videos from rockaoke festival appearances

Some of our favourite photos from ROCKAOKE festival appearances.

Some of our favourite photos from Rockaoke festival appearances.

In september 2019, ROCKAOKE opened the show for Blossoms, Shame and Park Hotel at Goose Island‘s Hop Party @ Oval Space in London. NME blogged about the event. “Goose Island’s Hop Party had it all. From fantastic beers and ales, to an exciting twist on karaoke and some of the biggest and best bands in […]

First festival of the season done, and what an epic way to kick off proceedings! We were booked by SJM Concerts, one of the UK’s leading promoters, to curate a pop up bar called the Neighbour Hood Inn. The brief was to fill it with the kind of entertainment you’d find in a traditional pub […]

rockaoke have played at these festivals

put some rockaoke love into your festival

Please CONTACT US for more info and to enquire about hiring ROCKAOKE.