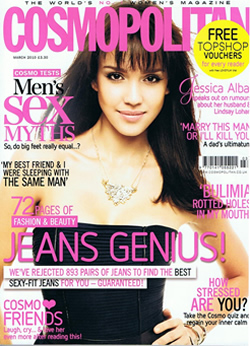 The phenomenon that is ROCKAOKE was featured in the March 2010 edition of COSMOPOLITAN (see below).

Featured on the “Sex & the (not so) Single Girl” page (p. 25), ROCKAOKE was deemed the sexyest thing of the month. Spare a thought for our old mate JLC who who’s album release was judged to be the saddest!

“ROCKAOKE. It’s cheesy karaoke’s cooler bro, where you sing with an actual live band behind you. Hello rock Goddess!” 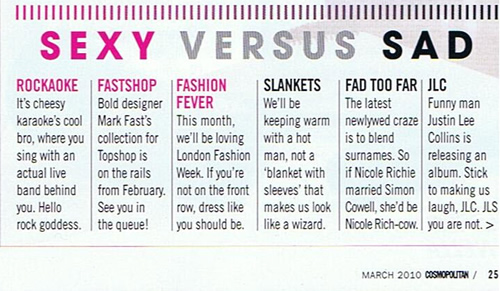 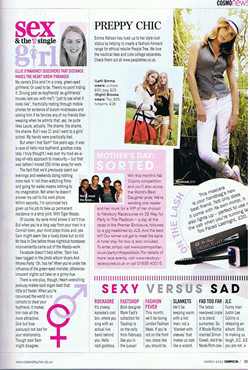