Best of the Fests – OK Magazine 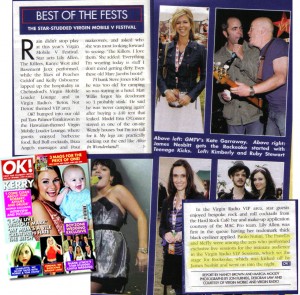 ROCKAOKE’s love of all things festival-related dates back to 2007, when they were invited to play at V FESTIVAL by Virgin Radio (now Absolute Radio) in their VIP area. They shared the stage with acts like Manic Street Preachers, The Kooks, The Fratellis, KT Tunstall, Paulo Nutini and McFly and were joined for a few numbers by Al Murray (singing Queen of course), James Nesbitt and Christian O’Connell.

In the VIRGIN RADIO VIP area, star guests enjoyed bespoke rock & roll cocktails from the HARD ROCK CAFE bar and make up application courtesy of the MAC Pro team. Lily Allen was first in the queue having her trademark thick black eyeliner applied.

Paulo Nutini, The Fratellis and McFly were among the acts who performed exclusive live sessions for the intimate audience in the Virgin Radio VIP Sessions, setting the stage for ROCKAOKE, which was kicked off by James Nesbitt and went on into the night.